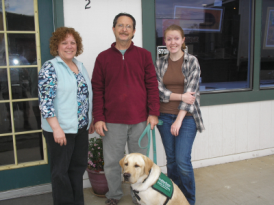 The FrameWorks is a full service frameshop located in historic Diamond Springs, CA at 512 Main Street, Suite 10. It is the pride of the entire staff who have made their frameshop a source of unparalleled services. Our range of picture framing services include:
Check Sierra Frameworks.com for all your frame needs.
Posted by Sierra Frame Works at 4:52 PM No comments:

regular photo reproductions, but are done with a high quality Iris printer that produces a modern "Giclee" print. These reproductions are of fine-art quality, with saturated colors and special one hundred year inks. They are generally done on heavy water-color paper or, if you prefer, canvas(which is suitable for stretching). So, if you have a special photo you would like to enhance and preserve, please bring it in for a free estimate.*
*Prices vary based on individual needs-can start as low as $35.


If you want more information, contact us HERE for Sierra Frame Works.com

Posted by Sierra Frame Works at 4:48 PM No comments:

Email ThisBlogThis!Share to TwitterShare to FacebookShare to Pinterest
Labels: bloww up and duplication, photo, repoructions, tourh-up

Posted by Sierra Frame Works at 12:11 PM No comments:

The picture framing industry has long sought to provide its customers good value as well as a range of high quality mouldings. To do so, it has sourced wood harvested from a wide variety of trees. Broadly speaking, however, picture frame mouldings can be gathered under two headings: hardwood frames and softwood frames. But as you are about to find out, it’s a little more complicated than that.

Hardwood frames and softwood frames. Hmm, this would seem to speak to the fact that one is made of a harder, more difficult to work wood, and the other is more soft and yielding. Well, um… not quite. In fact, the designations don’t always have to do with how hard or dense the wood is. For example, balsa wood – wait for it – is a hard wood, as is basswood, one of the most common woods used in making picture frames.

While we can say that not all hardwoods are hard and dense, we can also say that the hardest and densest of woods are indeed hardwoods, and this is where the confusion comes in. In picture framing the terms are often used to refer to the workability of the wood rather than the strict designation. So basswood frames are often referred to as softwood frames, as opposed to oak and maple, which are universally acknowledged to be hardwood due to their density and stability.

To confuse matters further, many commercial frame mouldings are made of basswood or ramin – both soft hardwoods – but have a veneer meant to mimic an even harder wood like cherry, walnut or maple. In purchasing a picture frame you will want to stay alert to words like "finish", as in "walnut finish frames". This probably means a ramin frame with a walnut finish.

Hardwoods are generally tough, hard-wearing woods that resist dents and scratches. One way to tell a hardwood moulding from a softwood moulding is to scratch it with your fingernail. If it doesn’t scratch easily, it’s likely a hardwood.

Hardwoods are thought to be more attractive than softwoods as they have well-defined grain patterns. But truly dense hardwoods like oak, maple, hickory and teak can be a struggle to saw, sand and nail. Softwoods, on the other hand, are much easier to work but are more prone to warping and can ooze sap.

In recent years most commercial picture frame mouldings have been made from soft hardwoods imported from Southeast Asia, specifically Indonesia, where cheap, easy-to-work ramin and basswood are the lumbers of choice. Even when the mouldings are sourced through China, the Chinese are often getting the moulding from Southeast Asia. This is an issue as the Indonesians do not practice sustainability and deforestation is a growing problem in Indonesia.

Recently the furniture and picture framing industries have begun looking to hybrid poplar, grown in North America, made from black cottonwood and eastern cottonwood, for its better sustainability. But this has not yet ramped up.

Whichever moulding you choose, remember that the picture framing industry has always endeavored to provide a low cost, easy to work wood that has the beauty and character to enhance fine works of art. In this they have largely succeeded.

To Frame or Not to Frame?

“To Frame or Not to Frame” That is Only the First Question!

Challenged by the task of framing. So, first you have to ask yourself, “Do I frame or not?”

If you do decide to frame, this leads to many more questions. What color, what size, what width, what style, glass or no glass; all good questions to ask when you contemplate displaying your artwork in a frame.

Framing, basically, comes down to choice. But you have to decide whose choice- yours or your customer. Your choice is easy, but how do you choose a frame for the general public? There are some guidelines to choosing a frame for display, considering the presentation is usually what sells the artwork. The frame choice should complement the artwork and not compete with it.

The painting should always be the star of the piece. The style of frame should work with the style of the artwork. A barn wood frame would be suitable for a country landscape, but not a contemporary abstract. A metal frame can look sophisticated and futuristic; while, a plastic frame may seem simple and inexpensive.

Color can be determined quite easily if you are hanging the painting in a room with a particular color scheme. However, choosing something suitable, yet generic, is the best advice when you plan to sell your painting.

Some artists avoid the decision by selling the artwork without a frame and leave the choice to the customer. However, it would probably be a good idea to, at least, display the piece in an attractive frame, even if you intend to sell it without one. This allows the interested party to visualize how it would look on their own wall and possibly seal the deal.

Working in standard sized dimensions means you can probably purchase a pre made frame pretty reasonably. However, when you choose to produce odd sized and shaped artwork you may have to resort to custom framing for your masterpiece, which usually adds to the investment.

Professional custom framing can be expensive and almost always accounts for about 75% of the artworks value. With this in mind, artists have learned to be creative with ways of displaying their art.
Watercolorists and pastel artists normally use framed glass to protect their vulnerable mediums. They usually choose to frame with UV glass that protects the artwork from the sun’s fading power, but can be very expensive.

Other artists, however, choose to mount their watercolors to wooden panels and canvases for displaying without glass. This can save on the expense of framing, but also requires the painting to be treated with acrylic sealers that will protect the surface from dirt and moisture. This technique also changes the look of the artwork, which is not always a desired result.

Oil and acrylic artists, who often use the same styles of frames without glass, have the same dilemma of framing or not framing their artwork. Not framing saves a bundle, but may not suit the artwork, making it look and seem unfinished.

Presentation is everything and this choice can determine whether a painting sells or not. Artists who work predominately with extra deep canvases will usually hang the painting with no frame at all. This is attractive and very acceptable, if the canvases are larger pieces of more than two feet long or wide.

Smaller paintings, typically, need some type of frame to add substance to the artwork.
The option of framing an oil or acrylic painting can become an expensive one, especially, when the canvases are oversized and extra deep. Standard pre-made frames have an average depth capacity of about ¼ in to 1 in. However, back stapled, gallery wrapped canvases are typically 1 ½ in deep, requiring custom framing, which adds to the already costly expense.

The choice is tough, check out a professional, click HERE to contact Sierra Frame Works in Placerville.

Posted by Sierra Frame Works at 10:49 AM No comments:

How To Determine Mat Border Size

Question: How do I determine my mat border size?

Answer:  While there is no mathematical equation, a good rule of thumb is to provide enough border to create a smooth transition from the artwork to the frame so as not to lose the picture among the matting.
Most mats range in width from 1 1/2" for smaller projects (such as an 11" x 14" image) to 4" on projects that measure about 22" x 30". Some people like to make the bottom border a bit larger, to optically-center the artwork.

This is called "weighting the bottom" and was quite common in previous eras. Like many aesthetic aspects of framing, this, too, is your preference.

The Frameshop is a full service frameshop with an 1800 square foot showroom/frameshop 1/2 mi. south of Walmart(towards Diamond Springs) on Missouri Flat Road. It is the pride of the entire staff who have made The Frameshop a source of unparalleled services. Our range of services include:
· Custom Picture Framing of all kinds: original oils, watercolors and pastels, prints, giclees, needlework, shadow boxes for collections & other 3-D objects, heirlooms and almost any other item.
· Restoration/repair services for paintings and picture frames
· Work by local artists
· Limited Edition Prints/posters
· Ready made picture frames, mats, framed mirrors
· Contract picture framing and mat cutting for artists and commercial clients
· We specialize in needlework framing, blocking & backlacing

Click HERE to see more about what The Frameshop can do for you. Sierra Framworks.com
Posted by Sierra Frame Works at 1:12 PM No comments: